Another Way @ The Cockpit Theatre Review

Offering an alternative to the glitzy world of Jazz hands, hollywood smiles and synchronised dance routines, Another Way, Composed by Benedict interweaves the lives of three pairs of people as they deal with the prospects of new relationships, heartbreak and success…

Speculation filled the air as the audience were stewarded centre stage, surrounded by a square of red and white tape at the beginning of the piece. It felt as if the musical would take the shape of a music concert, requiring audience participation. I was intrigued as to how the show would be staged, as various scenes were set up around the theatre. Although the main problem with this format being that depending on where you are standing, you may miss what is going on, there was an attempt to combat this by projecting what was happening onto a screen. However the curtain used for the projection was ruffled, making the video clips used unclear to see. The audience were then allowed to sit on either side of the theatre in a more traditional setting. 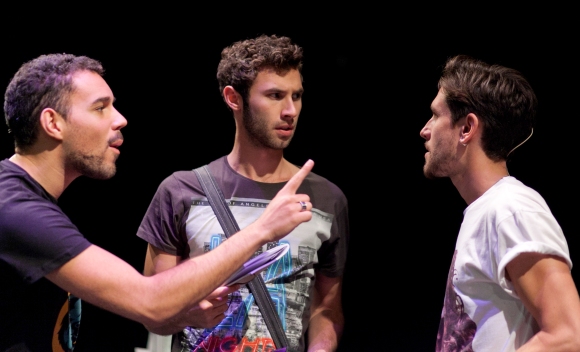 With the protagonists, I felt that there was scope for strong and contrasting characters, although I perhaps feel only one of the pairs achieved this. The two performances that stood out for me were Julie Atherton’s bubbly, fiery and straight talking portrayal of Carrie as well as Bart Edwards business savvy, chauvinistic and witty portrayal of Toby. As the focal point of the musical was the three relationships, I felt that I couldn’t emotionally invest with the characters as the story lines felt rushed. There was also potential for conflict, which I also felt was missed. A lot of the time, the music overpowered the singers, making it difficult at times to hear the songs, however their vocals were the strongest element of the production; in particular Matthew Collyer’s (Alex)  strong rock vocals and Ria Cherrelle Horsford’s (Vivien) soulful gospel vocals. A musical with potential, I give Another Way a 3/5. 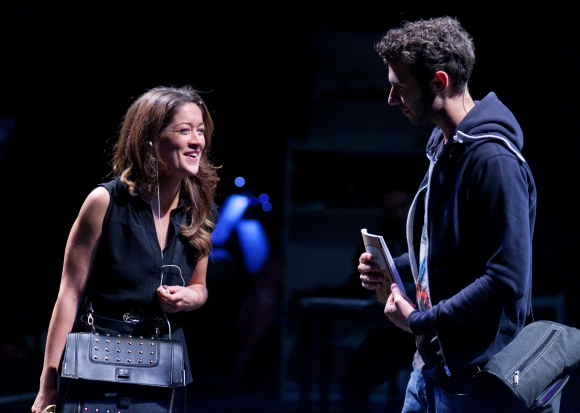 Another Way, the musical, performed at the Cockpit Theatre From 11th September-5th October